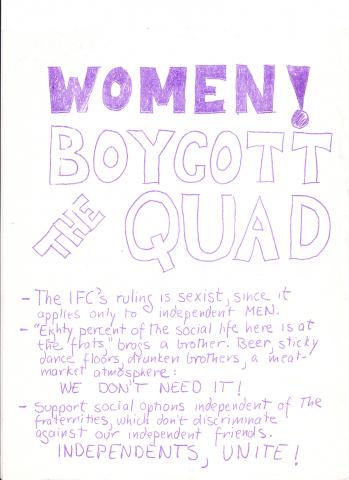 In response to a ruling by the Inter-Fraternity Council, women were encouraged to boycott the quad area, which at this time was home to the fraternities.  In their ruling, the IFC stated that it was restricting the "social participation within the Quad to fraternity residents, women and freshmen," thus excluding non-Greek men.  Posters, such as this one, were placed around campus, urging women to boycott the quad due to the IFC's unfair ruling.