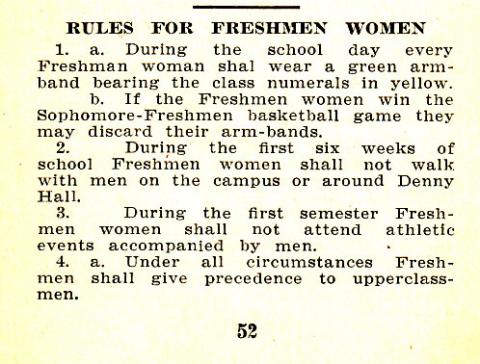 Included in the student handbook of 1922-23, are a list of five rules that freshmen women of the college must abide by. Rules included concerned proper college attire, repsect to upperclassmen, obedience, and relations with men. For example, according to the handbook, during the first six weeks of the semester women were not allowed to walk with men around campus and Denny Hall. The rules appear to be provided by the Women's Student Government Association.