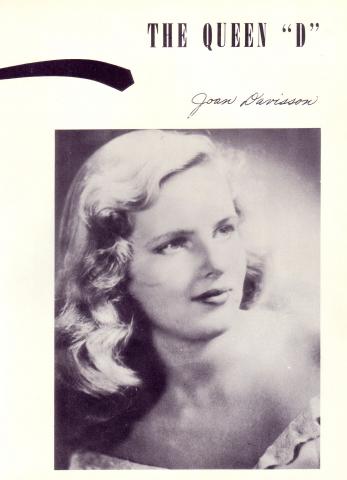 While the 1949 Microcosm gave the task of judging the year's campus queens to the student body, the yearbook of 1950 returned to the practice of outsourcing the judging. In 1950, Conrad Thibault, a radio and concert singer, had experience as a judge of the Miss America Beauty Contest. He chose Joan Davisson as the Queen of Dickinson College and Ann Frescott as the runner-up. Other female students selected as "The Unusual Six of a Kind" included: Lois Jane Barnard, Patricia Bradley, Barbara Neilson, Alice Rogers, Grace Wiest, and Frances Scott. Harriet Lane was the queen of the Mid-Winter Ball and Mary Ellen Dykstra was her "Maid of Honor."