As the second article in a four-part series that deal with the status of women at Dickinson, this article discussed campus-affiliated organizations.The President's Commission on the Status of Women at Dickinson College had decided that Greek Life is most likely harming women's experiences at Dickinson and the atmosphere it creates allows for a "poor preparation for the kinds of relationships among women and men that they will face after College." The Women's Commission raised some important questions on Greek organizations, such as should Dickinson have Greek Life?

An opinion piece responding to many of the issues raised by the College's status of women report, incorporating discussion of the recent confirmation hearings of Clarence Thomas.

The DickinsonianÂ discusses the changes resulting from having a sophomore (rather than freshman) year sorority and fraternity rush. 250 women rushed the five on-campus sororities. 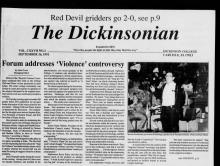 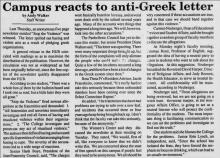 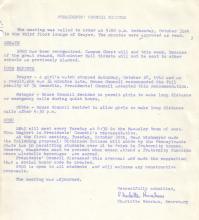 Â
During the Presidents' Council (Women's Interdormitory Council) meeting of October 31, 1962, the Council's representative to SREC (Social Rules Evaluation Committee) was selected and new proposals regarding women drinking and fraternity parties were put forth: 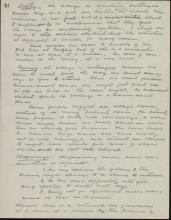 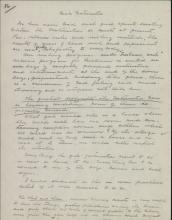