Dickinson Magazine reports the creation and opening of Hurrah for Coeducation!, an exhibit in Dickinson's Archives & Special Collections chronicling and celebrating the 125th anniversary of women studying at the college.Â  In the summer of 2009 interns Allyson Glazier, Cassidy Dermott, Alli Schell - all of the class of 2011 - teamed up under the guidance of special collections librarian Malinda Triller to compile artifacts of many types relating to the history of women at Dickinson.Â  The exhibit displayed photographs, letters, maps, and various other artifacts organized in cases

Dickinson Magazine chronicles the birth of coeducation at the college.Â  In 1877 a committee considered "the advisability of admitting ladies," and the next year faculty voted almost unanimously that women should attend Dickinson - a single professor, Henry Harman, opposed the idea.Â  He was still opposed in 1883, when a faculty vote nonetheless approved admission of women to the college.Â  Although Harman may never have warmed to the idea of women at Dickinson, he did agree in 1896 to have his name ironically attached to a newly-formed women's literary society.

Miss Sarah Gere Yocum, class of 1891, died December 9 in New Orleans.Â  Yocum painted many articles which she presented to the College, as well as much china which resides in the Dickinsoniana Collection.Â  Mrs. Helen Horn Jordan of Wilkinsburg, Pa., of the class of 1897, died December 15 in Bedford County Memorial Hospital.Â  A native of Carlisle,Â  Jordan was a member of the Gamma Zeta Sorority and the Harman Society while at Dickinson.Â  She had a "life-long interest in Dickinson and was a Life Member of the General Alumni Association." 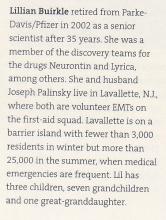 Dickinson Magazine reports the 2002 retirement of Lillian Buirkle, class of 1958, from Parke-Davis/Pfizer, where she held the post of senior scientist for 35 years. 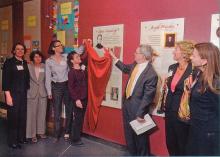 Dickinson's first female graduate, Zatae Longsdorff, class of 1887, was commemorated by an alcove and plaque in Rector Science Complex.Â  The plaque was unveiled March 9th, 2010.

Spotlighted in Dickinson Magazine is Gretchen Dockter Hancock, a 1991 graduate who studied geology.Â  Her major combined with her research on climate change led her to an unexpected position for General Electric as project manager of its Corporate Environmental Programs at the company's Connecticut base.Â  Since her appointment in 2005, Hancock has seen a 750,000 metric ton reduction of carbon output at GE's facilities worldwide.Â 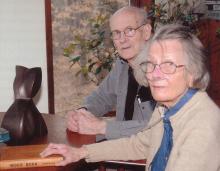 The August 1982 edition of the Alumni Magazine dicussed female Dickinsonian's roles within society. According to the author's study "Dickinson women prove to be non-traditional" and often have careers, stay single longer, and wait to have children. Thus the author contends, Dickinson alumnae's participation in the labor force is higher than the average American woman.