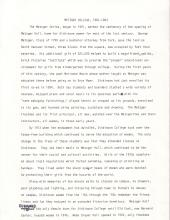 Written by Martha Slotten, this history of Metzger explains the building's early beginnings as a Prep School for Girls. After Drayer was built in the early 1950s, only freshman girls lived in Metzger until it was sold in 1963 and later dismantled. The completion of Drayer offered a local housing option for female students who would no longer have to walk many blocks to classes. 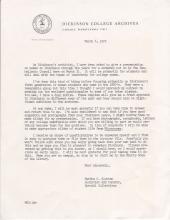 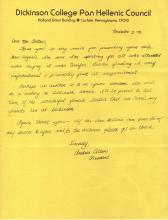 Andrea Allen, President of Panhel thanks Martha Slotten, librarian, for her slide show about the history of women at Dickinson. She writes: "Perhaps in another 10 to 20 years someone else will do a history on Dickinson women. I'll be proud to tell them of the wonderful female leaders that are (were) friends here at Dickinson."